THE PAWC CANDLELIT CEREMONY WAS A GLOWING SUCCESS.

Another record breaking year! More than $20,000 was raised for charity.

The May luncheon was illuminated with a return to tradition and elegance. The new Palm Aire Women's Club board members were installed during an impressive candlelit ceremony conducted by Doris McCowen. Peg McKinley led off, lighting a red candle to symbolize her office as President and leader of the Palm Aire Women’s Club. Board members, Pattie Meades, Sherry Coles, Lydia McIntire and Susan Romine followed, each lighting a different color candle symbolizing their offices and responsibilities. This impressive ceremony served as a reminder of the long history of the club and demonstrated that its ideals remain unchanged.

Victoria Brown, in particular, truly impressed the audience. She detailed how her charity filled food baskets, arranged summer programs for at risk children and ensured that no one in need was turned away, all the while lacking the money to repair her own building. She has dedicated herself to helping those in need. She epitomizes the charities the PAWC was established to support. Remember, all the money raised by the PAWC goes back into the community in the form of scholarships or grants to local charities.

Our 'Mix and Mingle' gatherings are growing more popular every month. Don’t miss the fun. Everyone is guaranteed a wonderful time. It’s also a great time for new and old members to get acquainted. Don’t miss the next one. Please check emails for dates and times.

Remember, the PAWC usually meets on the second Friday of the month at 11AM from October to May. Membership is open year round and is not limited to Palm Aire Country Club members. For information, contact chairperson, Cecelia Massey. Dues are now $40 yearly. 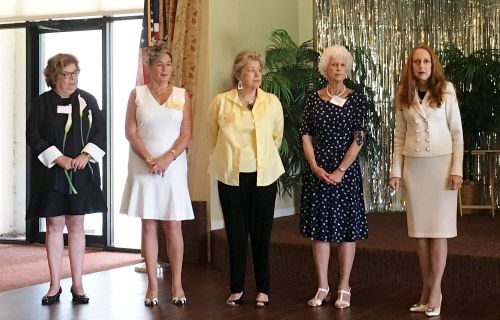 The new PAWC board is presented to the audience: Peg McKinley, Pattie Meades, Sherry Coles, Lydia McIntire and Susan Romine. 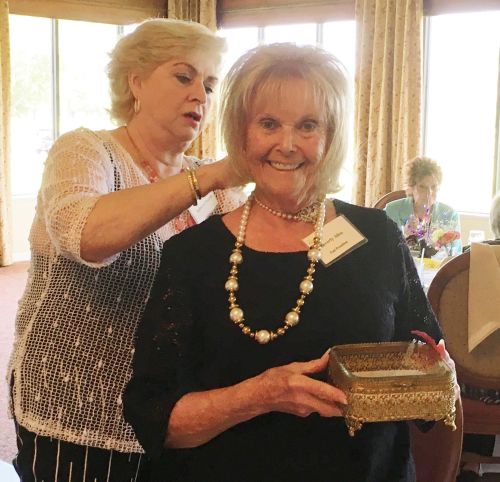 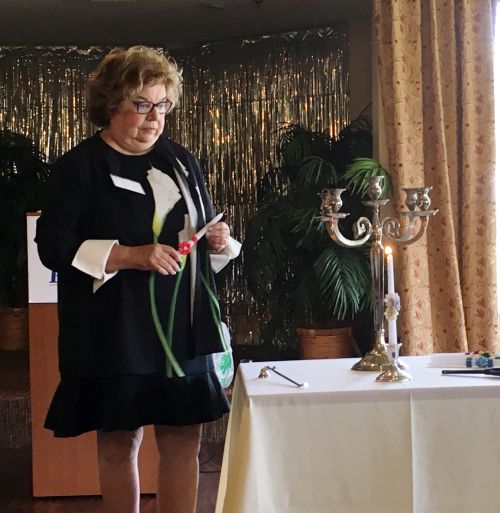 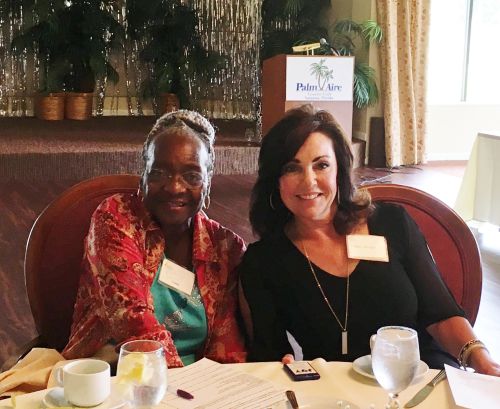 Victoria Brown and Mary Altergott prepare to enjoy the final luncheon of the season.